Horsepower. A word that I once pictured as utter coolness. I mean by the power of 200, maybe even 600 horses… Packed into a single automobile. It’s really not hard to grasp how powerful that is. It is really powerful. Why am I going on about this again? Well there’s actually another power at play here. The power of words and terminology. I watched a show this morning, just another run of the mill car fix-up-kinda-show and boy were they all about their horsepowers.

Which got me thinking about the word itself. Where it comes from. It’s such a relatable word, that even a kid (as myself, ~20 years ago) could grasp the power it represents. And one could easily think it was coined by some crafty marketer back in the 1800s or so, when horses were our go-to-way to get things done. But! I was just half right with that assertion. It was a scottish engineer called James Watt that coined it back in the 1700s. The attentive among my readers may recognize his name from somewhere else; most likely the unit watt, which is used to mark the power of most prominently microwave ovens. And as it may happen, 1 horsepower is representative of roughly 740 watts, which is roughly the same as your regular microwave oven!

Coincidence? Most likely. But in either case. If I told you that this new car carried the power of 200 microwaves, you’d likely look something like this: 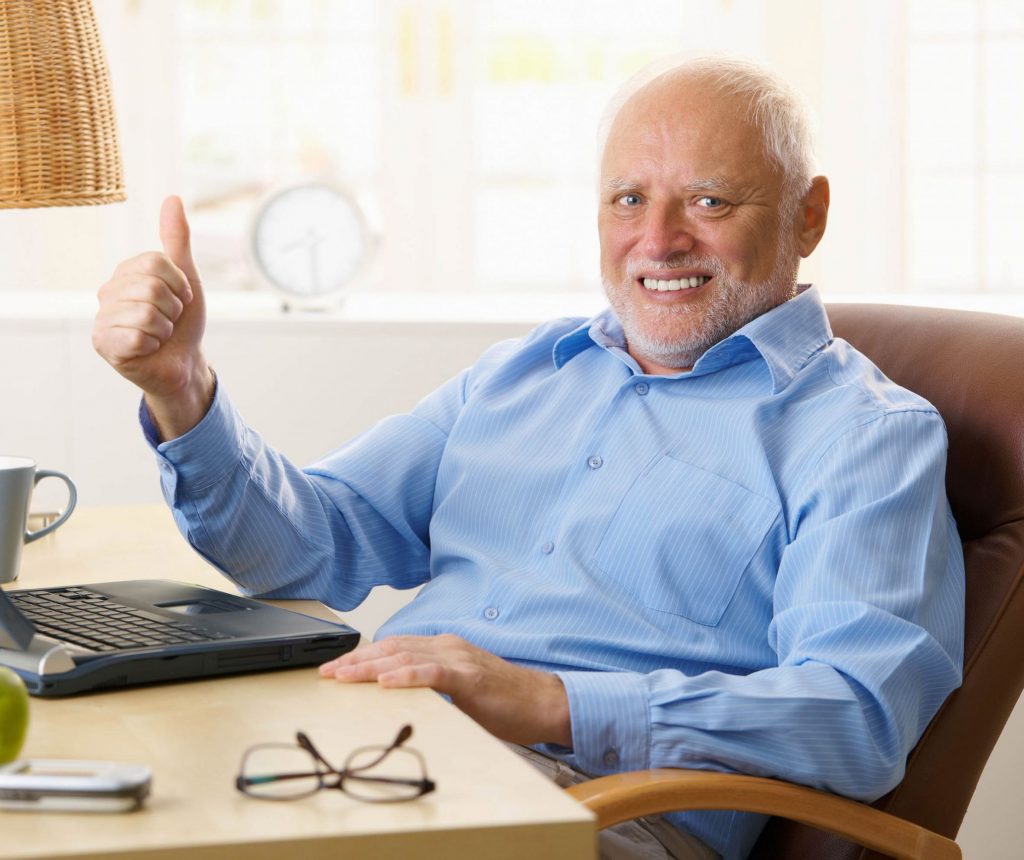 The power of relatability

Microwave ovens as a measurement, first and foremost doesn’t sound especially chique. But another, much greater issue at hand, is that nobody really knows what power a microwave heater actually holds within. We know it can heat our food. But other than that it’s hard to visualize what these 700W could be used for. And even though most of us living today haven’t been brought up with horses dragging around heavy rocks and that kinda thing, like it used to be in the old days, most of us can still relate to 1 horsepower being quite a lot of power.

So in which other circumstances do we have these really relatable analogies of measurement? Americans like their Yards, Foot, Inch and that kinda thing. Easily relatable. And even in Sweden, going back a century or so ago, we had a measurement system for land based on “tunnland”, where one “tunnland” represented the area that was required the grow one barrel (tunna) of seeds. Today most people are unable to relate to this, as nobody knows how big a land is required for x amount of seeds, or how big this barrel is supposed to be, and so forth. Today we have the metric system, which is a standard that we’ve settled for, where it doesn’t really matter what it’s based of. It just is.

One could say that the terminology of the metric system is so far abstracted from our own reality that it hardly means anything for someone who isn’t aware of the framework. And it can’t simply be described by a barrel or a foot either. It has to be learned. And to me this marks something really interesting in this transition we’re currently making to hyper-digitalization.

Or whatever you should call it.

Which is the lack of relatability to all these stange fields that are popping up. Fields that are also carrying within a lot of new terminology. I’m currently enrolled to a university degree called “Cognitive Science”. Not a soul that I meet in the everyday has any idea what that is. At best somebody takes a guess at that it has something to do with “cognitive behavioral therapy”, likely because that is relatable… heard of. But if you’re acting in some field that for the general public is unknown, you’re faced with this problem to try to explain what you do. Not too unlike the problem that James Watt likely faced when he was going to explain the power of these machines back in the day. The problem is that, as of now, nobody has found that word yet, and as such – to explain what one does, one have to come up with a scenario describing how whatever one do is useful.

And maybe, just maybe this is one of those scenarios. What if nobody would have come up with this highly relatable word for describing the power of machines? What impact would that have had on our society? And what if computer technology would have forever remained accessible to only those that knew the ins and outs of computing, such as mathematicians or electrical engineers? It wouldn’t be at all the same – for better or for worse.

Of course there were few, if any “Cognitive Scientists” involved in these developments. But there were people with an understanding for cognition involved, and some of them were scientists. What I study is an assortment of a little bit of this and that, from fields such as psychology – and technology. A rare combination, and framework, where the power lies in the creation of frameworks for usability. I usually say that I study UX, or simply usability. And try to bring up some scenario where the usability side is often half-assed. And the problem with that, is that many of those that do not have any sensibility of the processes that goes into design, usually phases these things out with the assumption that technology should be hard to grasp, and that it’s their own responsibility to learn every new product or system that comes out. And of course we’ll never completely get around “learning things”, but as technology find its way into just about anything, it is a necessity for development to move into a direction where everyone can be comfortable using it – even the least tech-savvy.

And that’s what I’m set out to do, to make things that’s hard to understand, easier to understand – and therefore usable.